In close cooperation with NEUTRAL digital in London, we have developed an extraordinary touchscreen application based on an interactive 3D model of the Elbphilharmonie. For the first time, Hamburg's new landmark was presented to a broad public at the ITB in Berlin, the largest tourism fair in the world. The 3D model served as the basis for a novel interactive solution that integrates a variety of media into the model, allowing for an immersive experience of the Elbphilharmonie. As a further development, the touch screen also became a 3D app, with which you can interactively experience the Elbphilharmonie on tablets. Download on the App Store > 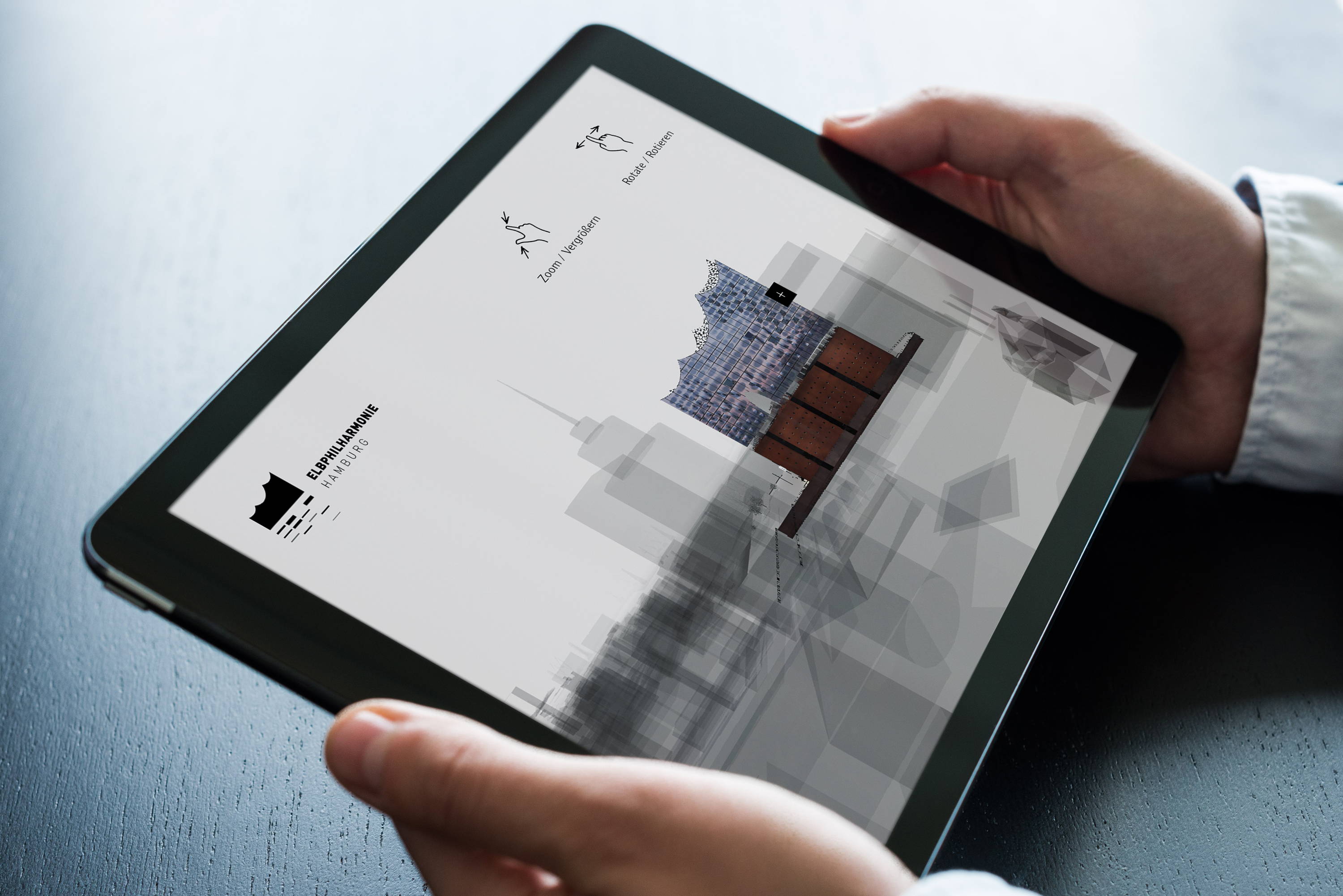 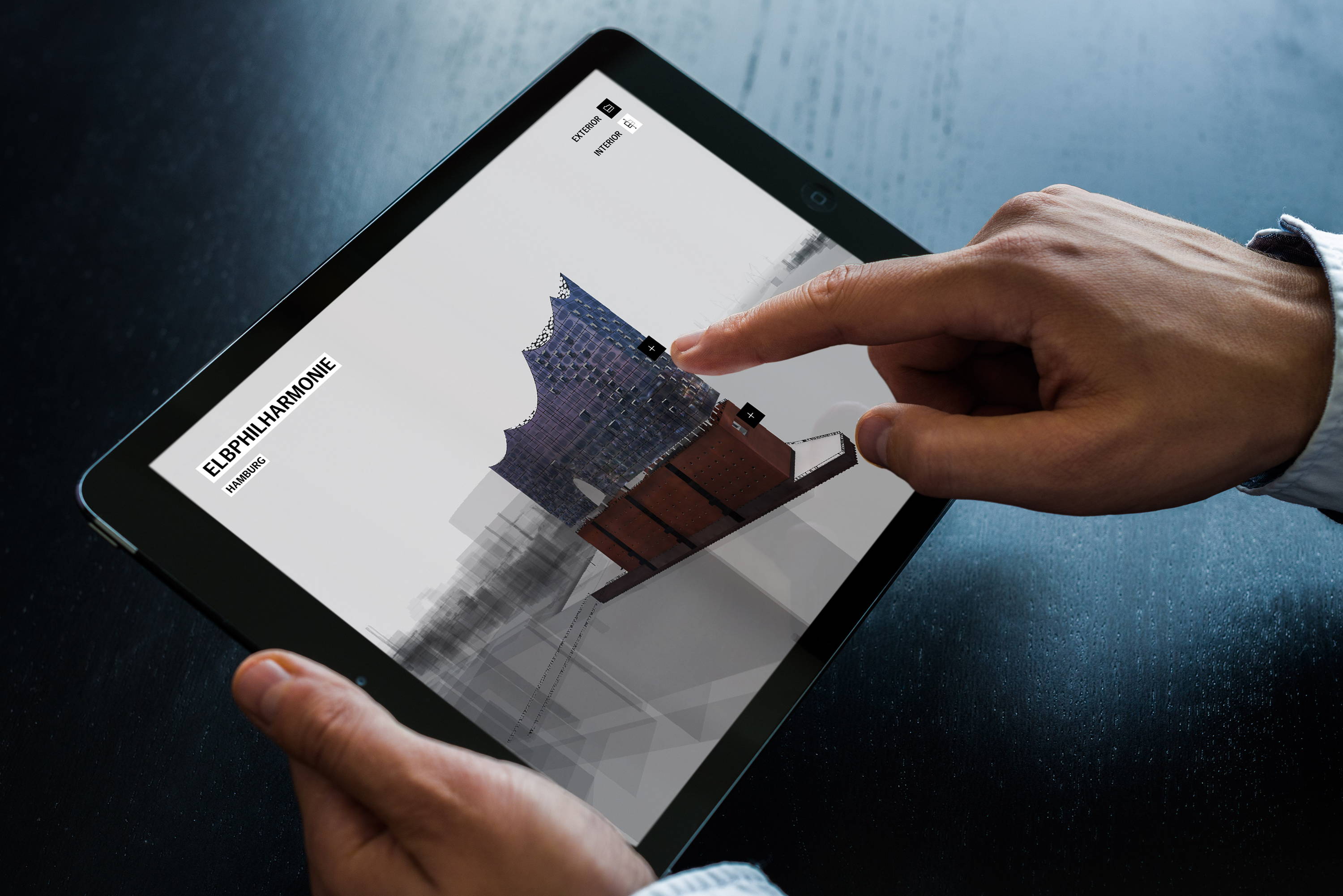 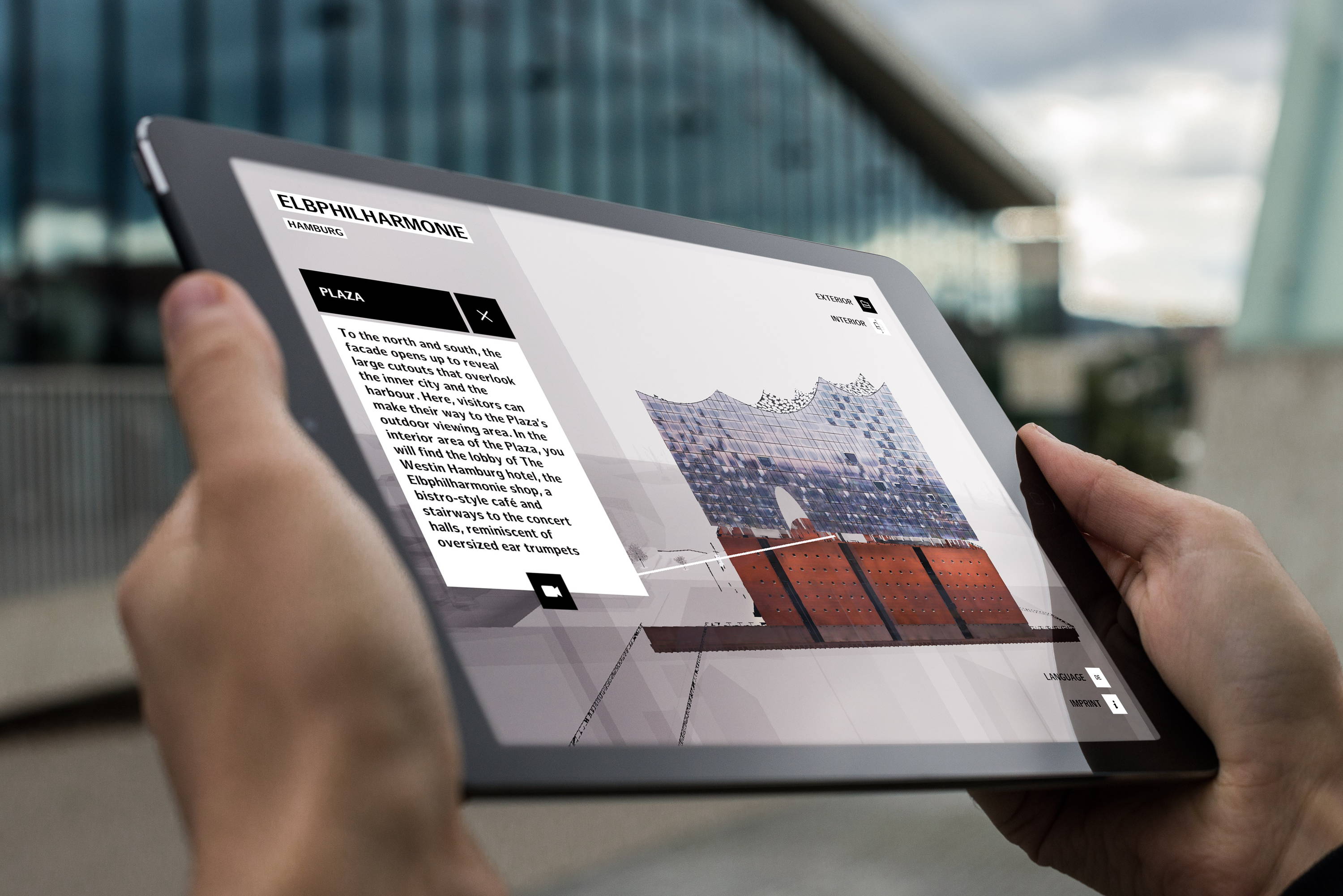 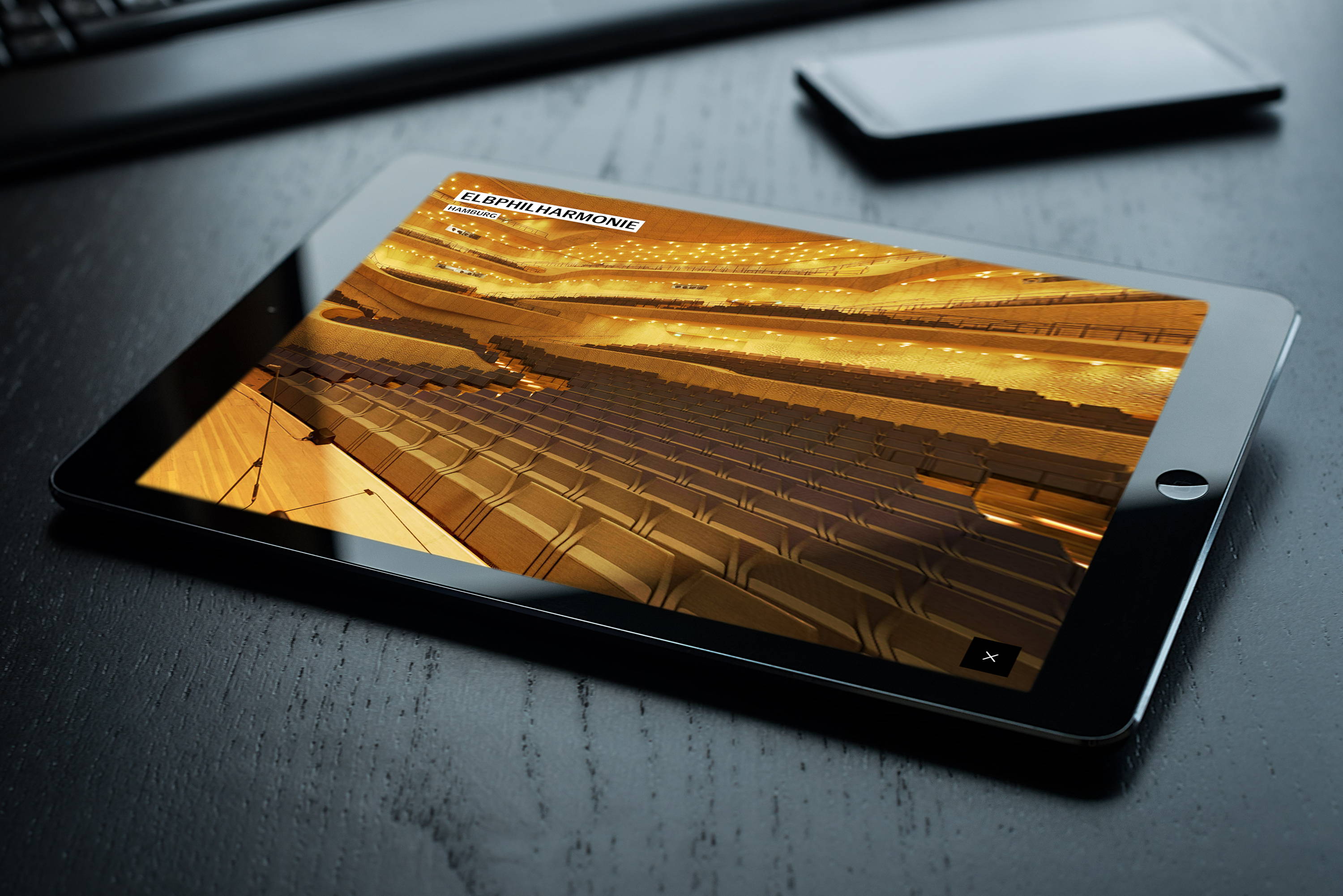 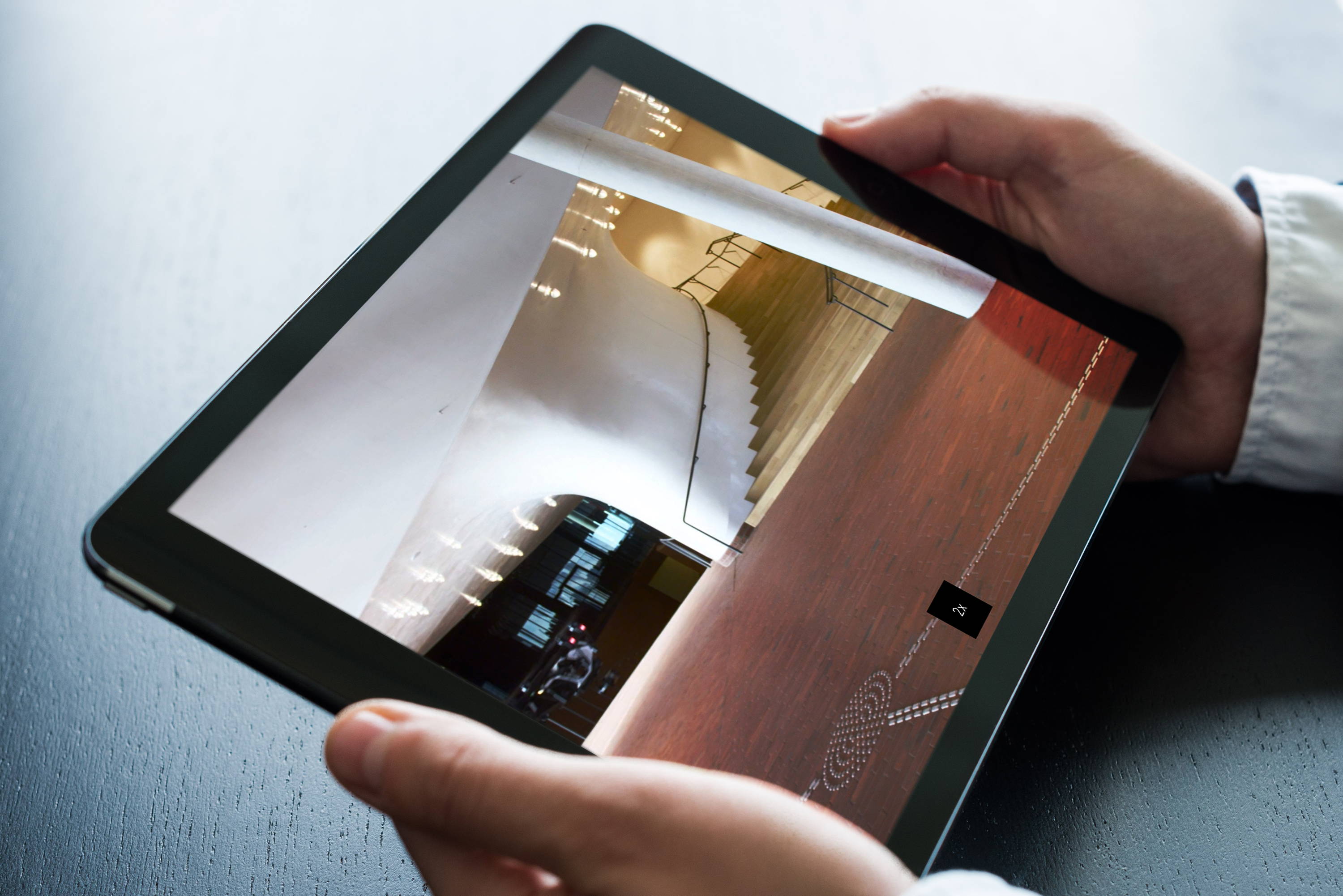