Jill Tegan Doherty is an Artist from Nottingham, England, born in 1983. After completing her foundation course at Kingston upon Thames, she went on to graduate from Chelsea College of Art and Design, part of the London Institute, in 2006 and now lives and works as a practising artist in Berlin. After a successful period living in London, having participated in many exhibitions, Including The Royal academy’s summer exhibition, the Mall Galleries as part of the Society of Women artists annual exhibition and the Millenuim Gallery in St.Ives for an exhibion curated by Allice Herrick but to name a few. Doherty is now infiltrating the Berlin art scene after moving to the city in November 2011.

Dohertys work up to now, has been filled with twisted geological forms and unnerving combinations of the human and animal. The uncertain and unseen are provided with a visual platform to be physically digested. The canvas becomes a stage for the subconscious to perform its role in the physical world, to act out its twisted plays. Dohertys paintings present us with a curious and delectable dish that will not necessarily be smoothly digested nor nourish its spectator. Physical instability surfaces in the work through an almost playful act, strongly pronounced with the use of metaphorical animal and bird heads morphed with human figures. Not only crossing the line between natures creatures but also the line between the physical, psychological, conscious and unconscious states of being. Swimming effortlessly between mediums and materials, Doherty, who is primarily a painter, stems also into sculpture, installation and most recently etching. Her work speaks to us of the human condition, and our place in the world. 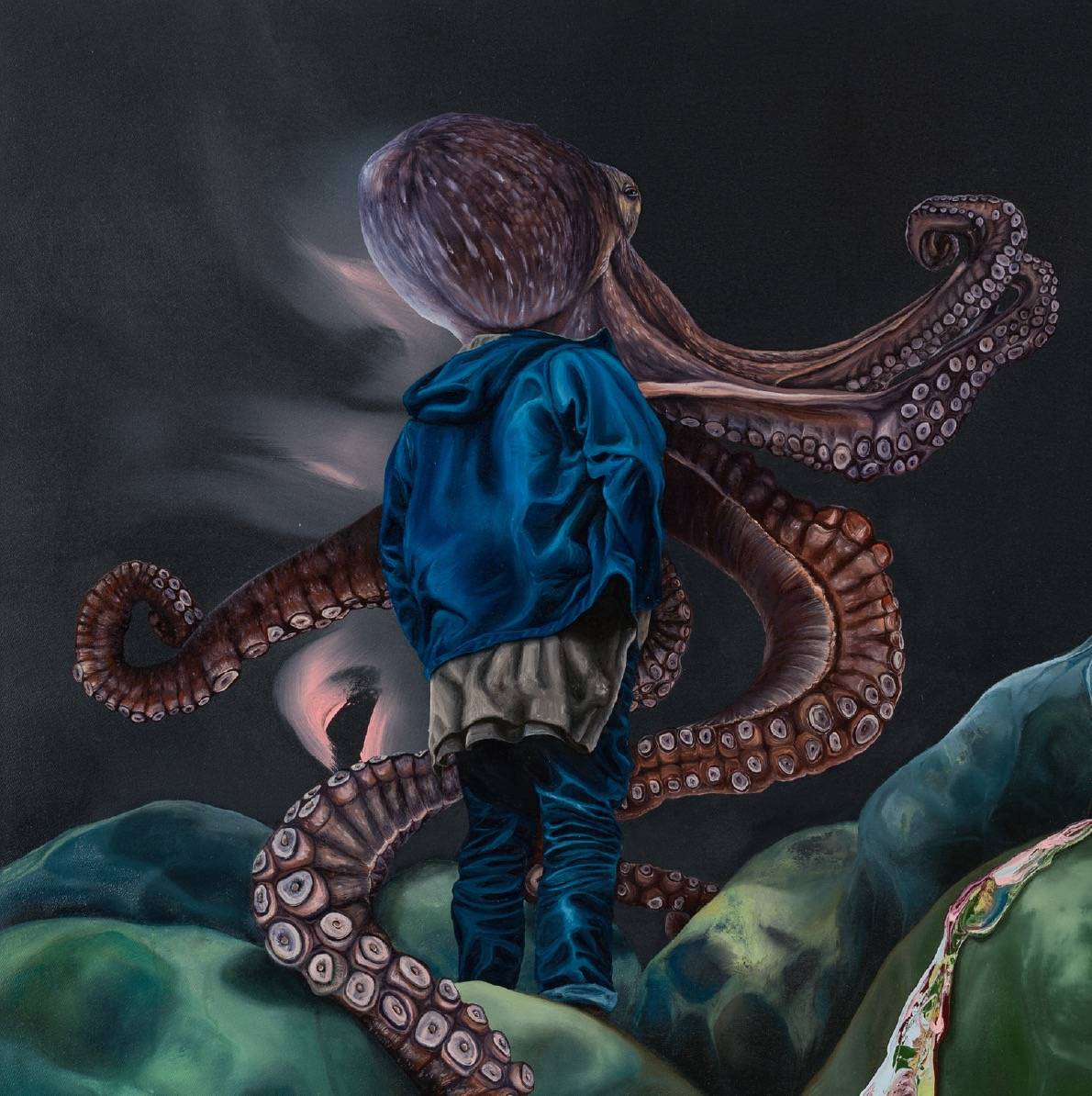 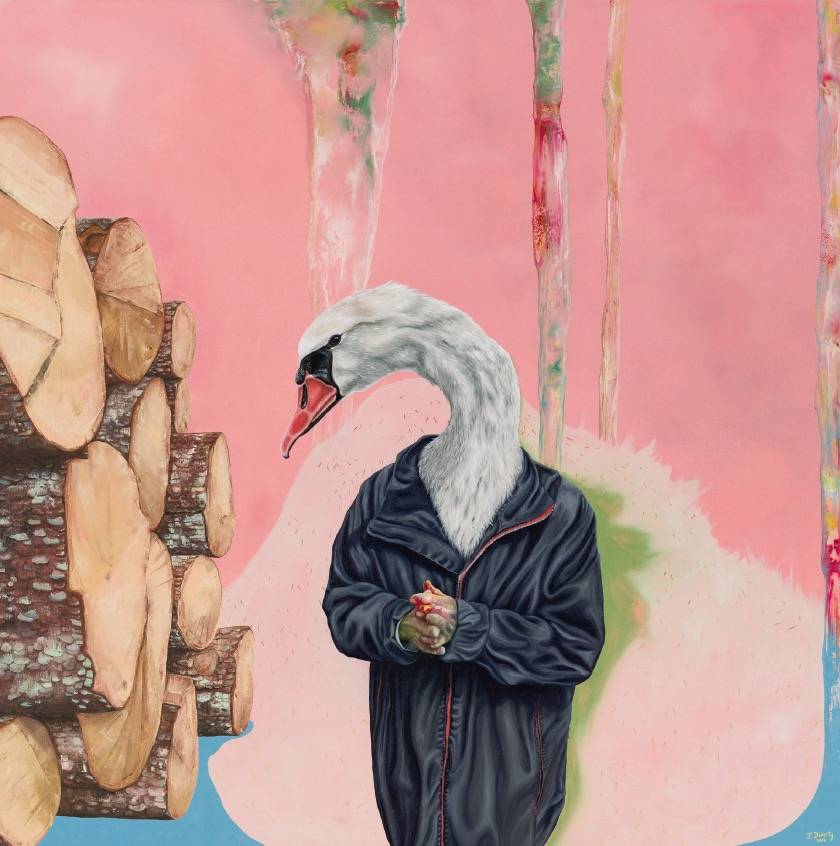 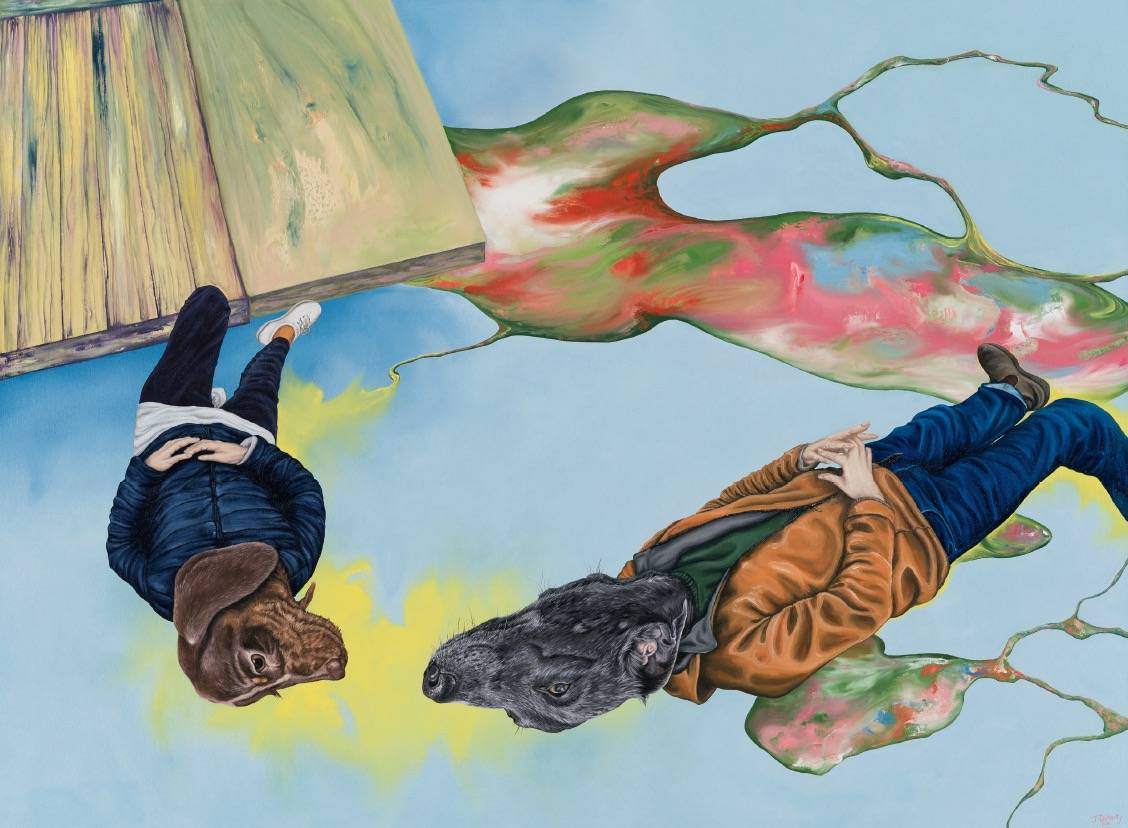